How to Connect Xbox 360 to WiFi

Authored by:
Support.com Tech Pro Team
This Guided Path® was written and reviewed by Support.com’s Tech Pro team. With decades of experience, our Tech Pros are passionate about making technology work for you. We love feedback! Let us know what you think about this Guided Path® by rating it at the end.

In order to connect to a wireless network, you must have the required credentials. These are:

Most wireless routers/gateways have a label with the default credentials. If the credentials aren't there, look in the devices documentation. 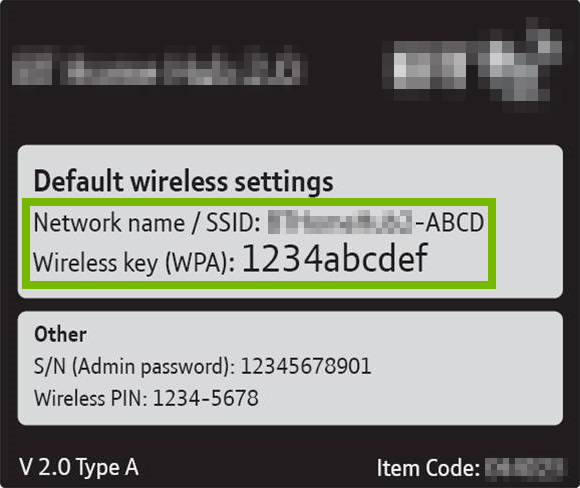 If your Internet Service Provider (ISP) installed the wireless router or gateway, they might have left you a setup sheet which may have the credentials.

? Do you know your Wireless Network name (SSID) and Key?

Connect to a Tech Pro

Most wireless routers/gateways have a label with the default credentials. If the credentials aren't there, look in the devices documentation.

If your Internet Service Provider (ISP) installed the wireless router or gateway, they might have left you a setup sheet which may have the credentials.

To help troubleshoot the problem we should check if other devices can connect to the wireless network.

If other wireless devices are connected to the network and functioning properly, chances are the router is OK. It's possible there is an environmental issue. Do you have a portable wireless device (Smart Phone, Tablet, Laptop, etc.) that you can put in the same area to test and see if that device's wireless connection still functions as intended in that location?

If you haven't already, please try power cycling the device you're working with. To do so, simply turn it off, wait 30 seconds and turn it back on again.

A small number of routers are not compatible with Xbox 360 or may require additional steps to connect.

Routers in 5GHz only mode are not compatible with the Xbox 360.

The device needs to be within a reasonable range of the router in order to connect and have the best connection speeds.

The above numbers are approximates only. Optimal range may vary based on router make and model.

Your router may need to be relocated to a more centralized location in order to provide better coverage for all your devices. 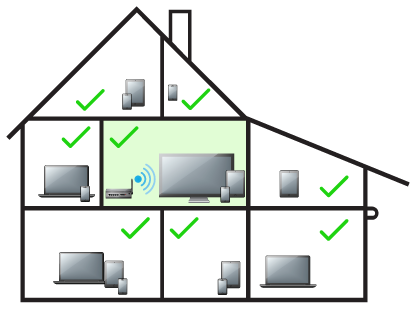 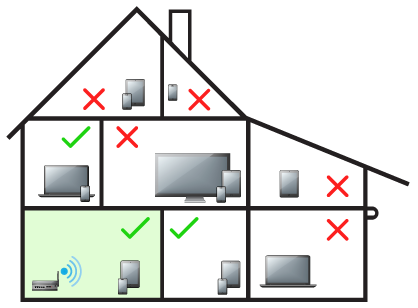 Since this appears to be a range issue that can be resolved by putting the router in closer proximity to the device's intended use area, we recommend moving the router to a more centralized location.
If wireless signal is not reaching your device, and relocating your router or the device itself to be in closer proximity is not possible or doesn't resolve the issue, a great way to boost wireless signal without replacing existing equipment is to acquire and install a range extender. Range extenders work with your existing wireless router as a type of wireless repeater used to expand the reach of wireless signal in your home.